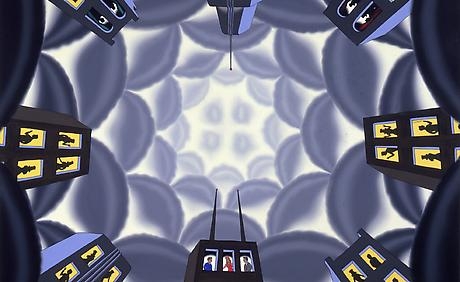 ROGER BROWN (1941-1997), a leading member of the Chicago Imagist group, created bold canvases that explore America in the postwar era. Brown celebrated the vernacular, mined popular culture, and focused on themes ranging from urban alienation and environmental abuse to sexual intrigue and personal isolation. Since his untimely death at 56, Brown’s work has been exhibited widely, collected by major museums, and undergone a critical reassessment.

ROBERT COZZOLINO is the Senior Curator and Curator of Modern Art at the Pennsylvania Academy of the Fine Arts, which he joined in 2004. He has organized such exhibitions as Art in Chicago: Resisting Regionalism, Transforming Modernism (2006); Jacob Lawrence’s Hiroshima (2008); George Tooker: A Retrospective (2009); and After Tanner: African-American Artists Since 1940 (2012).

Please RSVP to mbowers@dcmooregallery.com.
Back To Top