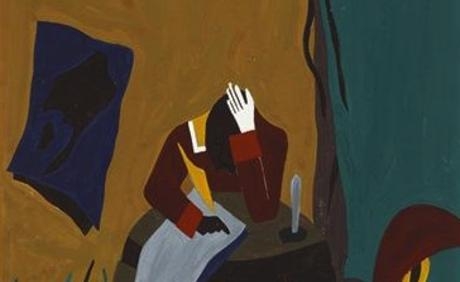 Influenced by the Harlem Renaissance, Jacob Lawrence (1912–2000) believed that art should be a quest for both personal and communal identity, a philosophy he advocated throughout his long and distinguished career. On several occasions, he developed multi-paneled series of works exploring heroic stories and themes. His first of these monumental efforts, The Life of Toussaint L’Ouverture, created in 1936–38, is showcased in this exhibition. Consisting of 41 images—for which Lawrence also composed captions—the series brings to life L’Ouverture’s feats in emancipating Haiti from European rule, thereby establishing the first black republic in the Western Hemisphere.