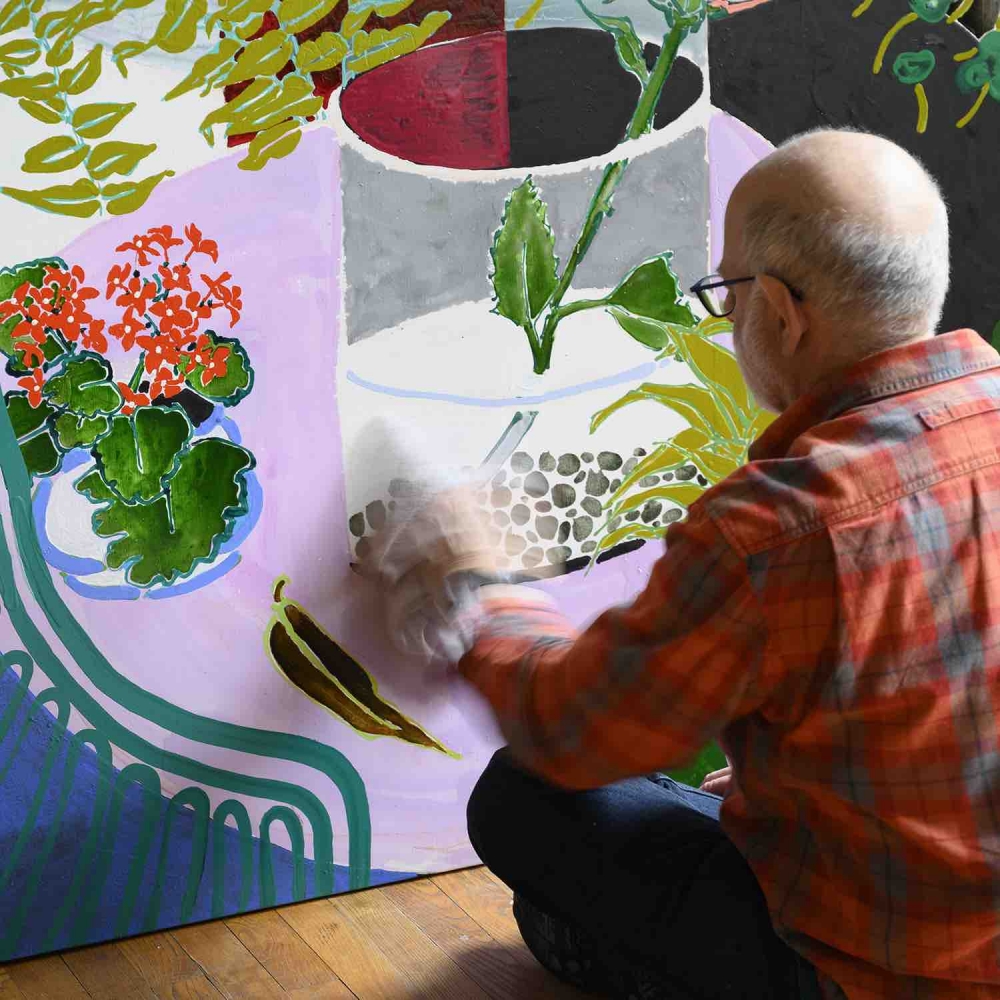 Work is going well in the studio. I am working each day. Not thinking so much about relevance to the exterior world. Rather, I am following a well developed mental fantasy. I work thinking more about being an artist in the 1930s. I am a Danish (or maybe Finnish,  or maybe Swedish) artist who studied at Matisse's academy in Paris (1907-1911) during the heyday of the Parisian avant garde and of Fauvism itself. But right after that, I had to go back home to run the family business. But from then till now, over a century, in the dark attic of that old, sturdy family house, I have a studio in the attic. Only one small window.

During the dark, cold gray winters, instead of going in the Vilhelm Hammershøi direction of silvery light and cool gray tonality, I summon in my mind the blinding light of the South of France. I remember being a student of the Master, watching him daily in awe, as I am now squeezing the entire world of color onto my palette and then letting it sing on the canvas. In my attic studio, I am carefree, wild, experimental, intoxicated by color harmonies and the sun-drenched tranquility and protection of being in the South of France. Or is it the South of California? The Mediterranean plants, the fruit, the vases, the fabrics... and that is what keeps going on in my head.